There is a Chinese garden in Hervey Bay because the twin city is Leshan, in China. The friendship between the towns started in 1997, in 2003 both towns agreed to build a garden of each other’s culture. 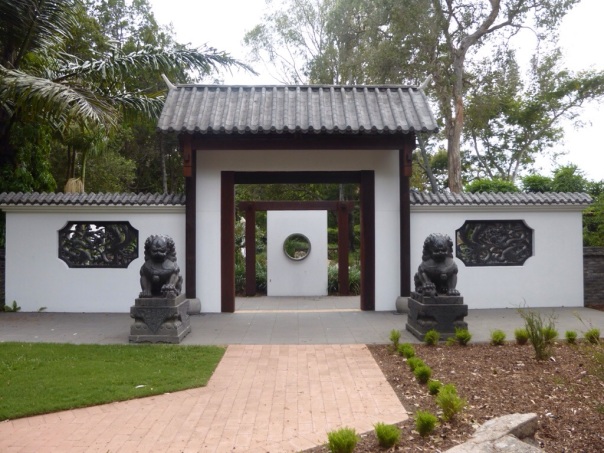 The gardens are very peaceful and pretty, I liked the water features. 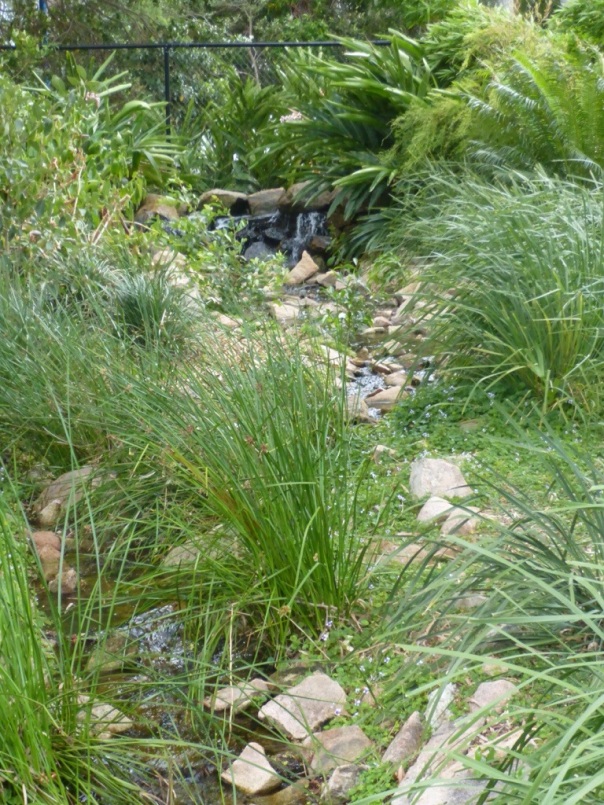 Here’s what we did on our last few days in Penang, Malaysia.

We went to the Tropical Spice Garden to learn where spices come from. 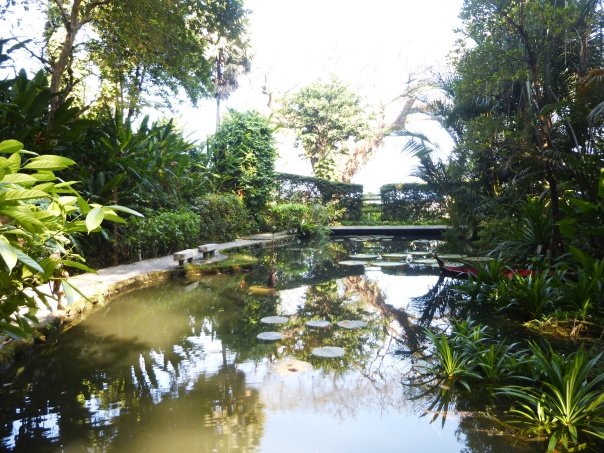 We saw Vanilla trees, Nutmeg trees, Pepper trees, cinnamon trees, cinnamon comes from the bark of the tree left to dry out. And lots more trees, I ground up some spices in a big morter and pestle. 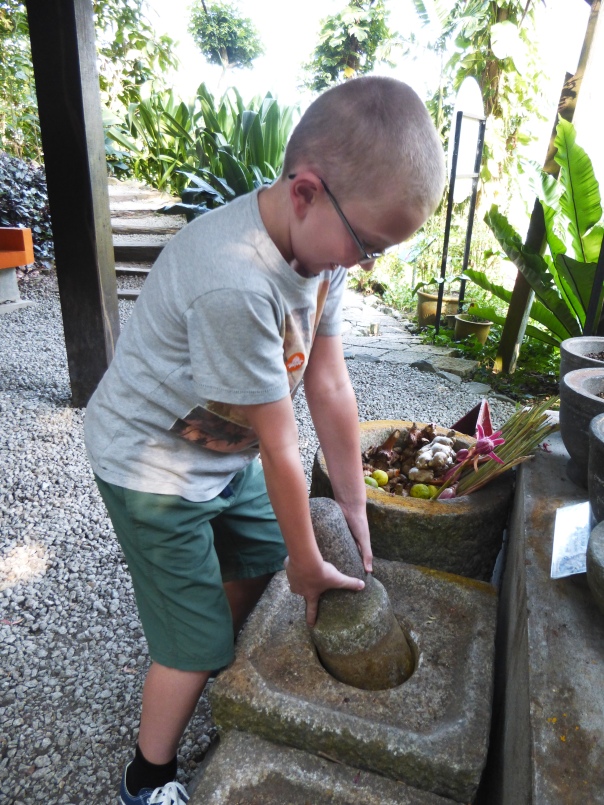 I tried some herbal tea, it was chamomile and stevia, which is a natural sweetener, it was quite nice.

This mosaic is called the tree of tranquillity and was in the ground.

We saw a monkey swinging through the trees!

In Georgetown there is a lot of street art, we found this picture just before we went into the clanhouse. 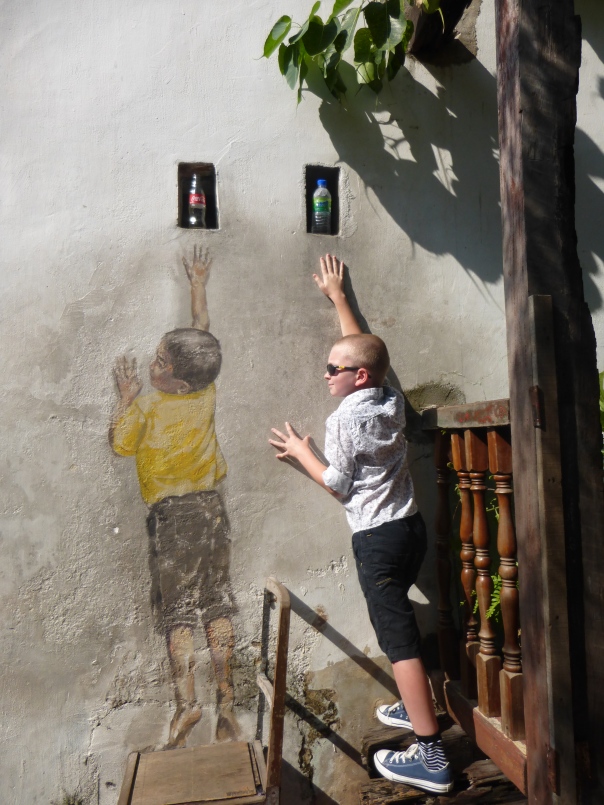 We went to the Khoo Kongsi Clanhouse. The Khoo Khongsi clan came over from china in the 1800’s and were spice traders, they were very rich, and built this clanhouse. Its in a square, surrounded by their houses and their shops. It was very ornate.

After leaving the clanhouse we did some batik painting.

That night we met up with 4 other travelling families for dinner. It was good to have some other people to talk to, they were from America, Canada and Australia.

We then flew from Penang to KL, and the next day to Australia.