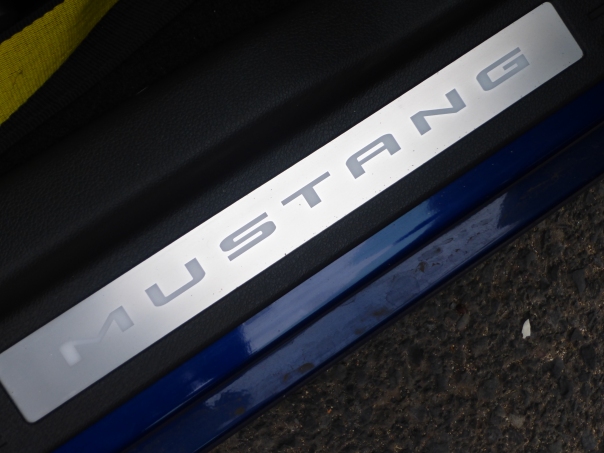 That’s right, you guessed it, we rented a Ford Mustang convertible for the day !!

We drove around the island ( it’s called Oahu ) and stopped at sunset beach, it had really cold water, unlike Waikiki ,which was warmer. 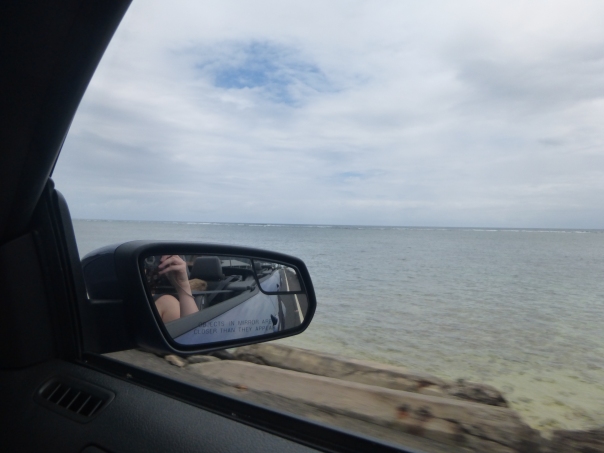 We stopped at a blowhole, it wasn’t as good as the ones at Pancake Rocks though!

On the way back to Honolulu we saw a mega cool police car (a Dodge Challenger).

We’re in 1770, it’s where Captain Cook landed in Australia on his ship, the Endeavour, in May 1770! When Cook landed, he was actually only a Lieutenant, not a Captain, he was promoted to a captain when he returned to England. At the top of the beach there was a memorial to Captain Cooks landing. 1770 was actually called Round Hill until 1970, the 200th anniversary of Cooks landing. We went down to the beach where Cook landed, this was his second time landing on Australian soil, the first time was in Botany Bay earlier in the year. 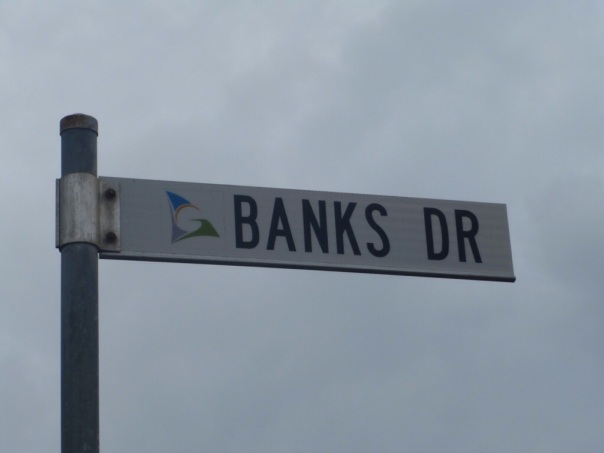 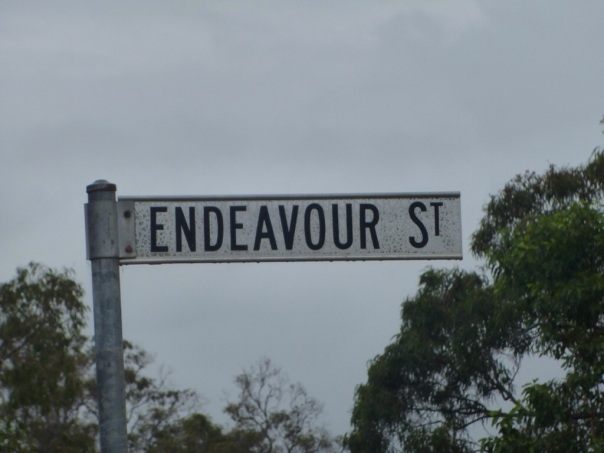 The names around the point where he landed are all associated with the landing. Banks was the funder of the trip. 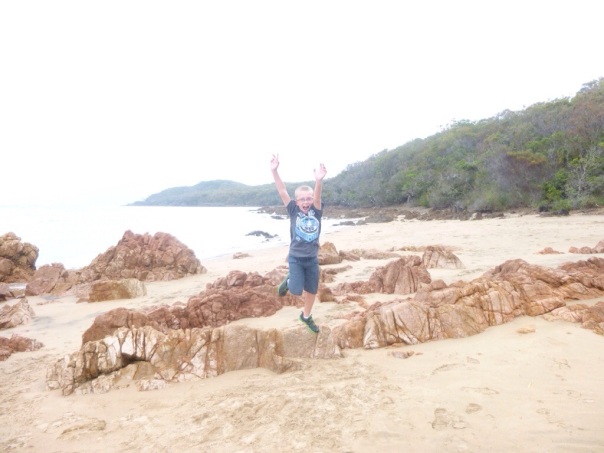 We bought a body board because we’re mainly staying on the coast and it will be good fun. We spent a lot of time on the beach, the waves were too big and rough to get out far enough to catch a good wave but I did have a few good ones.

When we weren’t using the body board we were jumping in and out the waves, I got knocked over by the waves lots, it was good fun! 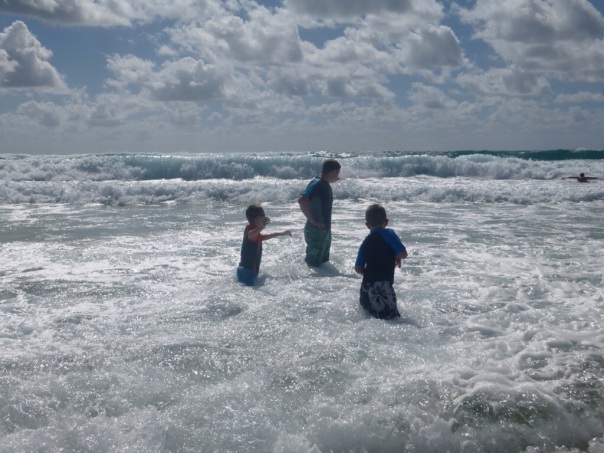 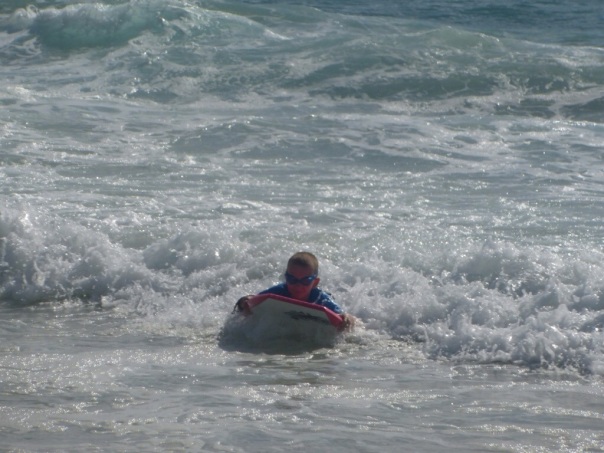 Me and Dad played frisbee, and kicked a ball around, the frisbee was hard on the main beach as it was really windy so we went into a creek where there was a small beach and it was easier.

The creek was big and wide and there were lots of people stand up paddle boarding, and rowing. The water in the creek was completely flat and you could see fish. 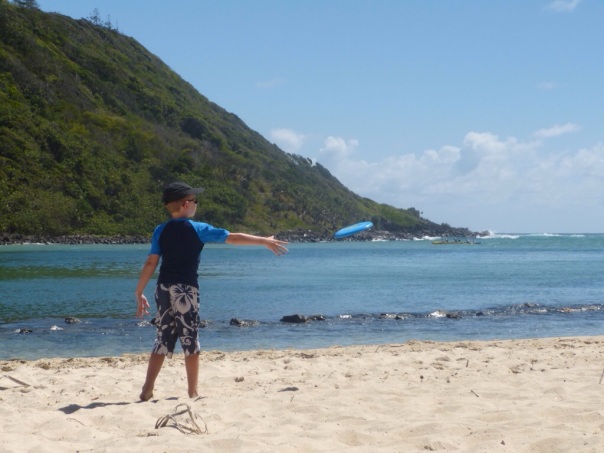 On our last evening at the Gold Coast we went to Surfers Paradise to see some sand Sculptures,there was a competition that takes place every year.

The theme for this year was ‘Myths and Legends’. To make the Sculptures
the Sculptors use ‘ Brickies ‘ sand. This sand is made up of square particles,
unlike sand you get from the beach which is rounder and doesn’t stick together well enough for the Sculptures.

When they have finished the Sculptures they coat the it with a waterproof spray so it doesn’t get washed away when it rains.
My favourite Sculpture is called ‘ Where Are The Greeks’. 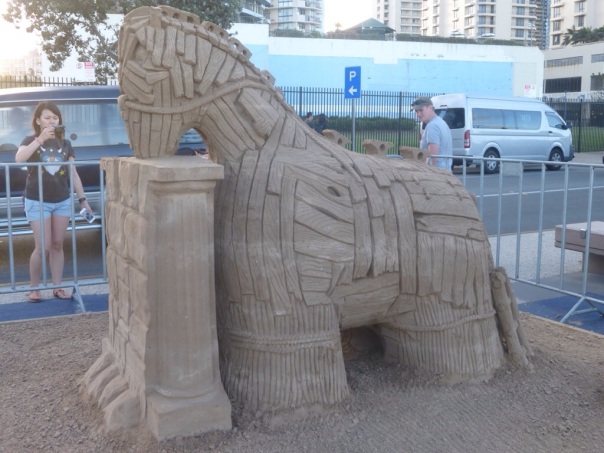 You had to find nine soldiers hiding in the horse! 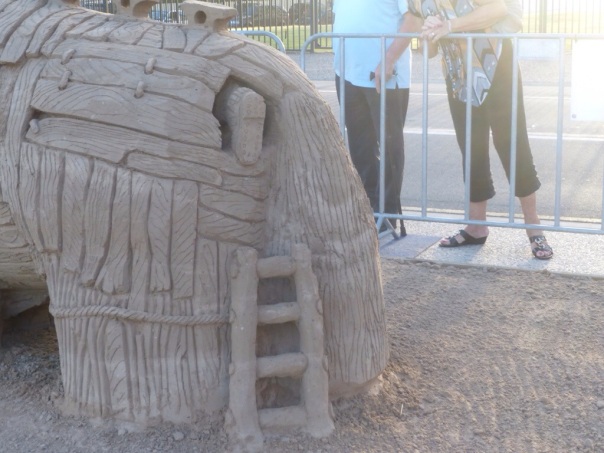 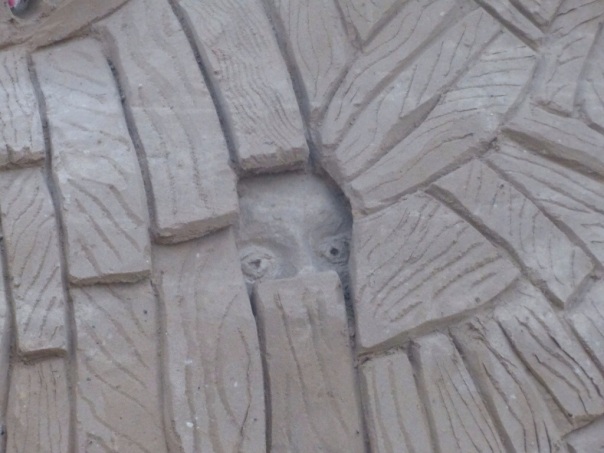 This is the legend of Troy:
The Greeks had been trying to get in the city of Troy, they’d been trying for ages and couldn’t get in. The Greeks built a wooden horse and left it outside the gates of Troy and then sailed away! Some soldiers in Troy found the horse and brought it inside the walls as they thought it was a gift for their king from the Greeks. That night the Greek army sprang out from the horse and slaughtered everybody in Troy.

We had a short drive to the Gold Coast, so we stopped off at Warwick to get some lunch and have a look around, there was lots of old buildings made from sandstone. We bought some pies for lunch, there are lots of pie shops in Australia, it was the first pie I’ve ever had, it was really nice!

We also stopped off to have a look at the Queen Mary Falls, we went on a long walk into the valley to the bottom of the falls. There was lots of boulders littered about from the cliff face as they had crumbled off in the 1800’s.

We drove for a couple of hours to get to the Gold Coast, which is a stretch of beaches, we’re staying at Palm Beach.